in Great Thoughts Great Readers
A A
0

The Book of Lost Names

Based on a truly amazing World War II story.
This wonderful book details the journey of a brave young woman who helps hundreds of Jewish children flee the Nazis with forged identity documents.

Eva Traube Abrams is a semi-retired librarian in Florida. While she shelves books one morning, her eyes lock on a photograph in a newspaper nearby. It’s an image of a book she hasn’t seen in sixty-five years; a book she recognizes as The Book of Lost Names.She freezes.

The article that accompanies the photograph discusses the looting of libraries by the Nazis across Europe during World War II. This experience is one Eva remembers well. The article goes on to talk about the search to reunite people with the texts stolen from them so long ago. The book in the photograph, an eighteenth-century religious text thought to be taken from France in the later days of the war, is one of the most fascinating cases. Now housed in Berlin’s Zentral- und Landesbibliothek library, it appears to contain some type of code. Researchers don’t know where it came from, or what the code means. Only Eva holds the answer. But does she have the strength to revisit old memories to help reunite those lost during the war?

Erasing people comes with a price

As a graduate student in 1942, Eva fled Paris after the arrest of her father, a Polish Jew. She found refuge in a small mountain town in the Free Zone. Once there, she began to forge identity documents for Jewish children who want to go to neutral Switzerland.

Erasing people comes with a price, but Eva is determined. Along with a mysterious, handsome forger named Rémy, Eva decides to find a way to preserve the real names of the children who are too young to remember their real names. The records they keep in The Book of Lost Names become even more vital when someone betrays their resistance cell and Rémy disappears.

An engaging and evocative novel reminiscent of The Lost Girls of Paris and The Alice Network, The Book of Lost Names is a testament to the resilience of the human spirit and the power of bravery and love in the face of evil.

“Not since ‘The Nightingale’ have I finished a book and been so choked with emotion…. Sweeping and magnificent.”–Fiona Davis, national bestselling author of The Lions of Fifth Avenue


READ THE BOOK REVIEW – THE BOOK OF LOST NAMES 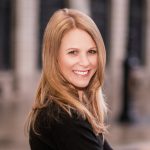 Kristin Harmel is the #1 international bestselling and USA Today bestselling author of The Winemaker’s Wife, The Room on Rue Amelie, and a dozen other novels sold throughout the world.

Kristin is a former reporter for PEOPLE  Magazine and started writing professionally at age 16. She began her career as a sportswriter in the late 90s, covering Major League Baseball and NHL hockey for a local magazine in Tampa Bay, Florida. She also worked on health and lifestyle stories for American Baby, Men’s Health, and Woman’s Day. Still in college, she then became a reporter for PEOPLE magazine where she worked for more than a decade. She covered everything from the Super Bowl to high-profile murders to celebrity interviews. For example, she wrote about  Ben Affleck, Matthew McConaughey, OutKast, Justin Timberlake, and Patrick Dempsey. Her favorite stories at PEOPLE, however, were the “Heroes Among Us” features. These pieces featured tales of ordinary people doing extraordinary things. One of the stories was about Holocaust-survivor-turned-philanthropist, Henri Landwirth, whom both Walter Cronkite and John Glenn told Kristin was the most amazing person they ever knew. This story partially inspired Kristin’s 2012 novel, The Sweetness of Forgetting, which was a bestseller all over the world.

Book description – taken from Amazon.com with permission from Kristin Harmel.

WONDERING WHICH DFW MUSEUMS ARE NOW OPEN AND WHAT SAFETY PRECAUTIONS ARE IN PLACE?

Book Giveaway! Once Upon a December by Amy E. Reichert

Book Review: A Bend of Light by Joy Jordan-Lake