Bring Your Dog to the Movies!

A dog friendly theater…love it! One that seats 60, but sells only 25 tickets per show to humans. The rest of the seats are for the pups, of course. One dog is included with every adult ticket and a maximum of 2 dogs are allowed per person. The concession stand sells dog treats as well as candy and popcorn. An area located behind the screen with a door opening directly to the outside courtyard is available if your dog needs to go to the restroom or a time out during the movie. Water bowls are available throughout the theater. It seems every possible need was anticipated.

I love the concept and was curious who was behind this novel idea. Turns out, the innovator is a young guy with a big heart named Eric Lankford.  Eric, age 29, has incredible drive, a good head for business and an amazing work ethic which led to the financial success that allowed him to open his first K9 Cinema, located in Plano, Texas, without loans or investors. (Side note… If you’re interested, franchise opportunities will be available in 2019)

You may wonder how Eric came up with this idea, as I did. Basically, he was faced with a problem he believed needed to be solved. He was unable to find a movie theater willing to let him bring his beloved dog, Bear, and set out to create one.

Eric’s enthusiasm and energy are contagious. “I have had success in other entrepreneurial endeavors, but it’s time for me to do something that makes me happy.” He was tired of working long hours for a paycheck without actually enjoying what he did. Not only does the dog cinema business make Eric happy, but, based on the level of excitement surrounding the opening of the theater, it seems to make many others happy too.

Eric’s comfortable persona and easy laugh make his success look easy. In reality, life was not easy for him – he worked very hard without much help. After finishing high school in Indiana, Eric attended Point Loma Nazarene College in California. After two years he returned to Indiana with a heavy heart, unable to continue making the tuition payments. To earn money he became an independent insurance agent. Despite achieving success quickly, he did not enjoy the ups and downs of a career based on commission. He then mapped out a plan to open a pharmaceutical company, which took a year to mature before opening. With no income coming in that year, Eric had to resort to living out of his car for part of that time. But Eric is a survivor and in a relatively short period of time expanded the business to 12 states and employed 120 people. Unfortunately, after a few years, due to changes in government reimbursements, the pharmaceutical company was unable to remain profitable. Wasting no time, Eric set out to find his next opportunity.

Eric moved in October 2019 to North Texas where start-up businesses seemed to thrive. He landed in Plano, a suburb of Dallas, and proceeded to develop his new plan for K9 Cinemas. He moves quickly, and already outgrew his first location at 15th Street and Custer Rd. K9 Cinemas is now located at 1301 Custer Road Suite #810 in Plano, Tx. Stop by if you are one of those people who doesn’t like to leave your best pal at home to go to a movie! 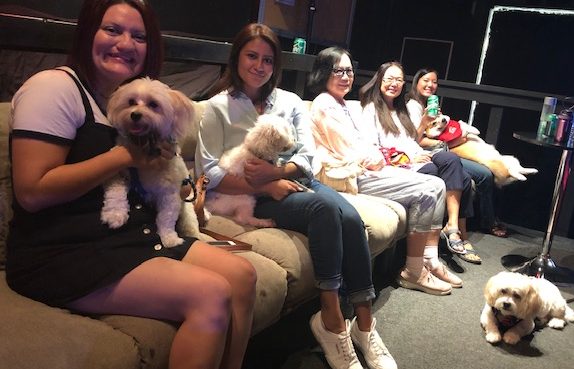 How to UnJade a Jaded New Yorker (Hint: Have You Seen the 5th Ave Holiday Windows?)

How to UnJade a Jaded New Yorker (Hint: Have You Seen the 5th Ave Holiday Windows?)