Journaling for Caregivers: A Unique Approach to Finding Solutions

in All Trending Articles, Caregiving, Journaling
A A
0

Journaling for Caregivers:  To understand the root of the problem rather than simply treat the symptoms

The relationship between journaling and caregiving

Many of us find ourselves in difficult caregiving situations where we need help finding answers to help our loved ones. The internet can often provide guidance and advice, but not always. I found little to help with my Dad’s hallucinations from Parkinson’s in my research, so I set out to create my own solution.  I took an unusual approach – journaling.

Journaling is popular these days with many. People find this exercise provides an opportunity to process emotions in a safe, contained space. More specifically, caregivers often journal for self-care. I journaled for a different reason; to look for patterns to help me treat my Dad’s Parkinsons’s hallucinations. I hoped that by better understanding the situation I could come up with a solution.  I highly recommend journaling for caregivers as journaling can provide benefits in many different circumstances.

I entered my parent’s home on an ordinary Wednesday morning, expecting a typical greeting of hugs and well wishes. What I saw took me completely by surprise.

Dad hovered over mom’s recliner, hitting it with a baseball bat! “What are you doing?!” was my immediate, horrified reaction, to which Dad replied, “killing the aliens!”

Completely shocked and surprised by his response, my mind raced. What if mom was sitting in her chair when dad “saw” the aliens and began beating the chair? Why didn’t I know he had a baseball bat? How do I respond to this bizarre behavior? My poor dad was shaking from fright, yet he still tried to protect mom.

How to diffuse the situation?

A little background:  The doctor diagnosed Dad with both Parkinson’s Disease and Macular Degeneration a few years earlier. As far as I knew, though, he never before experienced hallucinations. I never knew anyone with Parkinson’s before, and was unaware hallucinations were a symptom of the disease.  I felt utterly unprepared to be their caregiver moving forward.

My response that day to Dad’s hallucinations? I did what many caregivers do and responded to the bizarre behavior that I didn’t expect with rational answers. The problem is that a mind struggling with dementia no longer processes logic, and the ability to reason is gone.

Then, after setting the bat aside to take home with me, I searched the house for more things that could be used as weapons.

What I found in the research on Parkinson’s and hallucinations

I desperately needed guidance and advice. So next, I did what I knew how to do: research to find a solution. I found lots of information about Parkinson’s and hallucinations online, but few solutions to real life problems encountered.

The few posts I did find with information on how to respond in the type of situation I described above basically said “don’t argue.” Unfortunately, I read that after I told Dad there was nothing on the chair. This information helped me understand his stubborn reaction though. How could I expect him to believe my words when he could actually see the alien sitting in the recliner?

Creating my own solution: Journaling

As I found little helpful information, I took what I learned and created my own methods to determine, and ultimately resolve, the underlying problem. Responding lovingly and supportively is a good start, but I needed more. I wanted to eliminate the aliens altogether. That was the only way to get rid of Dad’s fears, which were very real to him. Also, once I got rid of the aliens I would no longer have to worry about Dad mistakenly hurting or possibly killing Mom.

I took an unusual approach; I began journaling. I recorded absolutely everything.

I wrote when Dad took medications and noted any changes in mood or behavior thirty minutes to an hour afterward. Medications can cause a wide variety of side effects, so it’s important for caregivers to track any changes after introducing a new medication.

I recorded what he ate to determine if the hallucinations were connected to an allergic response to some food he had ingested.

I noted when he napped to see if overstimulation was involved. Perhaps the hallucinations from Parkinson’s resulted from being overly tired when he missed his nap, so his brain couldn’t keep up, I reasoned.

Whether dad got any exercise that day was another topic. If our loved ones sleep too much in the daytime and get no exercise, they are much more likely to be up at night. Moderate exercise helps improve circulation, regulate mood, increase oxygen to the brain, and delay disease progression.

I recorded the time of day the hallucinations started, if he was watching tv or not at that time and the tv show he was watching. I looked for any correlation between the news, which can be frightening, or a murder mystery that might instill subconscious fear.

I jotted down anything else that perhaps played some role in the alien appearances. These notes included where he saw them, where he sat when they appeared, and his general mood at the time.

Basically, I journaled as many details as possible to look for patterns. Dad got so nervous, upset, and often angry when he saw them that it broke my heart. Here was my big, strong father reduced to feeling terrified over something that wasn’t really there. I wanted to help but had no idea where to start.

My goal was not just to reduce the alien sightings but eliminate them entirely.

In time, it turned out my journaling proved helpful in identifying patterns. I started to notice the aliens appeared only in the evening. Had we jumped to a snap conclusion, we might have classified Dad’s behavior as sundowning, and thought it was something we must simply accept. Sadly, too often caregivers ignore the irrational behavior because they either don’t know what else to do or they don’t want to put in extra effort to find the root of the problem. Frequently people treat these issues with unnecessary medication. Giving up was wholly unacceptable to me, so I continued to journal and look for clues.

My brother observed the hallucination began every evening at sundown. I noticed Dad always sat in his recliner with the front door open. Mom and Dad have a one-piece glass storm door, so from his recliner, he could look out the front door and see their white mailbox and people walking by.

I wondered if perhaps someone took a walk at the same time every day and Dad’s mind somehow transformed them into aliens? After watching outside in the evenings, no consistency was noted. He saw the aliens when no one was outside.

More discussions with Dad revealed the aliens consistently appeared at the mailbox. Then, he said, they tunneled under the walkway and appeared again in Mom’s recliner. Mom was in the kitchen cooking dinner each evening when they appeared.

How journaling helped us learn the exact root of the hallucinations

After reviewing the details recorded in the journal over time, we realized the setting sun shone on the white mailbox outside Mom’s and Dad’s house, creating a glare. Dad’s macular degeneration I mentioned above caused everything to be blurry, so his mind conjectured it must be an alien. We figured out that the “tunneling” Dad described occurred as the sun continued to set, when the glare on the mailbox disappeared. They reappeared in mom’s chair because the setting sun now shone through the kitchen window directly on mom’s recliner.

Here’s what we did: We closed both the solid door and the kitchen blinds each evening before sunset. Now, Dad couldn’t see the setting sun creating the glare off his white mailbox, and with the blinds closed, no alien light shone on mom’s recliner later in the evening.

To our great relief, and thanks to persistence in journaling, we destroyed the aliens!

I encourage you to begin journaling if you haven’t tried it. It’s a great problem solver as I found with my Dad, and can be used in many different types of caregiving situations. It’s also a great brain dump and stress reliever. Additionally, keeping a journal is a wonderful way to remember those funny little things that happen. It cheers me up to read about humorous conversations we had or crazy things we did. You think you’ll remember, but that might not always be possible.

Debbie Compton is a three-time caregiver for parents with different forms of Dementia. She is a Certified Caregiving Consultant, Certified Caregiver Advocate, Educator for the Alzheimer’s Association and author of 9 books. She speaks on caregiver and dementia issues, and about bringing hope and laughter to often-stressful situations. Debbie is also the founder of The Purple Vine LLC, whose mission is to empower caregivers with the tools and systems needed to live happier, safer, less-stressful lives. .Connect with Debbie on LinkedIn Follow on FaceBook Read her blog and join her tribe.

All of Debbie’s titles can be found here on Amazon.

NOTE FROM DEBBIE:
After my experience with Dad and the aliens, I created a journal called “Write to Remember”. It has lots of room to record tons of details. Inspirational quotes are sprinkled throughout, and some journal prompts for those days when you need a distraction from the chaos. The pages are undated because we don’t need any pressure to write every day if we don’t feel like it. 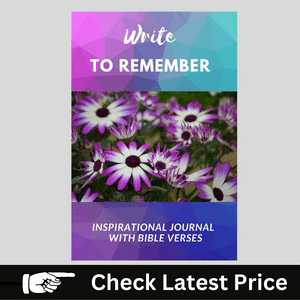 Resources:
How to Recognize Hallucinations and Delusions
The Michael J.Fox Foundation

When Do My Over the Counter Beauty and Personal Care Products Expire?

Why Music is Essential at Any Age

Why Music is Essential at Any Age