You Can Begin an Exceptional Career at Any Age

Update: This article, written prior to the Covid19 pandemic, is more applicable than ever now. This past year was hard – financially and emotionally. Many of us lost our jobs and/or our purpose. It’s not too late to start a new career; it will look different than before even if in the same field, because life changed dramatically during the lockdown. This is a great time to reinvent yourself. Find your passion, update your skills and get moving. You are not alone and resources exist to help. One I strongly recommend is SCORE. With age comes wisdom and experience that help drive success. Let us know the direction you choose and how it goes!

In a recent article in the Wall Street Journal called, “It’s Never Too Late to Start a Brilliant Career”, these words of wisdom from Rich Karlgaard, Forbes publisher and author of Late Bloomers: The Power of Patience in a World Obsessed with Early Achievement

“Our obsession with early achievement shortchanges people of all ages. Research shows that our brains keep developing deep into adulthood and so do our capabilities.”

I agree. People talk with great admiration about Steve Jobs who took Apple public and acquired great wealth at age 25. Richard Branson, Virgin Group founder, is another example of someone who made his first million at the young age of 23. And then there’s Mark Zuckerberg, creator of facebook, who became a millionaire at age 22.

Is early success the norm?

Are these stories the norm? Is early success common? So many young people seem expect success and affluence in their twenties…unfortunately most of them end up disappointed. I agree with Rich Karlgaard that these examples are more the exception than the rule.

I personally know some extraordinarily successful individuals aged 50 and above who had limited drive in their younger years. People peak at different ages, and new talents, skills and passions develop at various times in our lives. Our experiences play an increasingly larger role in how we evolve as we age. Does our society worships early achievement, setting impossible expectations for those struggling to find their niche?  In my opinion, this level of achievement is truly the exception, not the rule. It’s more common to be a late bloomer than an early success. 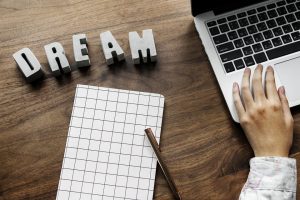 Kalgaard says, “Recent research suggests that we need to modify our understanding of how people mature from adolescence to adulthood. Between the ages of 18 and 25, most people are still living in a volatile post-adolescence. In both adolescent and young adult brains, the prefrontal cortex—the processing center of our frontal lobe—is the last part to fully develop, and it is responsible for complex functions such as planning and organizing, problem solving, memory, attention and inhibition.”

Many adults place high standards on our youth that cause self-doubt and anxiety.

Psychologists use the term executive function to refer to neurological maturity. This term denotes the ability to foresee possible consequences and plan effectively. Executive functions help us manage all of our life tasks. People develop at different ages.  The young adult who is not successful early on does not necessarily lack potential, inspiration or intelligence; your expectations might simply not be realistic for them at that time.

Many of us, including myself, felt overlooked early in our careers. As skills, creativity and talents often develop later in life, it may be that we were had not fully matured at that time. In fact, stories about late bloomers are very common. Take Laura Ingalls Wilder for example. She was 65 years old when her first book, “Little House in the Big Woods” was published. Julia Child released her first cookbook at age 50. And Rodney Dangerfield  did not catch his big break until the age of 46. The list goes on and on.

Rich Karlgaard’s wrote his book, Late Bloomers, because he was a late bloomer himself. In it, he explores “what it means to be a late bloomer in a culture obsessed with SAT scores and early success, and how finding one’s way later in life can be an advantage to long-term achievement and happiness”.

“Like me, most late bloomers will discover that they have greater opportunities to succeed on alternative paths, far from the madness and pressure of early achievement. Today’s obsessive drive for early achievement—and the taint of failure for those who do not attain it—has squandered our national talent and stunted our creativity.” says Karlgaard.

All of us know someone who seems stuck. Do not give up on yourself, or others, even when those around us are not supportive. Fresh inspiration and passions can develop throughout our lives.

Late Bloomers: The Power of Patience in a World Obsessed with Early Achievement

Are You a Curious Explorer? How to Live a Fulfilling Life

Are You a Curious Explorer? How to Live a Fulfilling Life