Online Dating is Tough, But Don’t throw out the Lady with the Laptop

Six important online dating tips from a guy who knows…

I lived many years looking for a relationship on dating sites. Whether it’s Match, Bumble, OurTime or even GolfMatch.com, there are many different ways to play the game, but seemingly few happy players out there.

Instead, just play better.  Every now and then I run into friends who stopped online dating because it wasn’t working for them. Usually people claim that they are frustrated with too few good matches and ultimately failure to connect with the few that seem like fits.  “Online Doubters” are crying out for a return to old fashion dating methods and “organic” meetings.  It seems to me the word “organic” is used more to describe dating than vegetables.

Women seem more likely to quit online dating than men, which makes sense. For women seeking men, there is the stranger/danger factor, and it is quite real.   Countless articles in the media talk about how to limit the chance of meeting predatorial men and being prepared if one does, but that is not the subject of this article.

The number one, two and three reasons people become frustrated dating online is because, while there is much to choose from, few are viable and truly available matches.  Perhaps the person is good on paper, but not great in person. Or, simply the other party does not respond to an interest expressed by a “like” or an initial text message.

The question I beckon is “Why quit cold turkey?  Slow down or speed up, change strategy, meet any other way available – but don’t just stop!  People quit because they cannot take rejection, especially from the profiles of men/women win which they are particularly interested.

The higher your standards, the more likely it is you will face this problem.  But don’t change what you want, single people, change the way you use all opportunities to meet someone, including online dating.

Before giving up on online love, consider some tips from an experienced online dater. I finally got it right after an exhaustive search, filled with hundreds of meetings and a ton of disappointment and heartache. Here are six online dating tips from lessons I learned over the years looking for love on the web.

If you upload old photos and lie, know the falsehoods come out sooner or later.  If you think you look good for your age, but have to confirm that by asking your date on your first encounter, you probably don’t.  He/she might respond, “yes, of course”, but it is a compulsory meaningless answer.  I never answer that question with, “No, you don’t look as young or as good as you think.”  Though I certainly believed that at times.

Online dating provides access to all types of people, but attractiveness, as a standard does not greatly diminish or disappear .  I don’t understand why people who may be fantastic human beings but average looking think it’s realistic to look for a Brad Pitt/Scarlett Johanson type when dating online.  It’s not the app.  Or the profile write-up. It’s no different than a bar, a party, a fix-up or a nudist singles resort. It’s just highly unlikely.

I learned the hard way, and I admit I am the worst offender of many of these things.  The idea proposed here is not to give up on the online dating idea because your Romeo or Juliet did not waltz their way into your “He/She Likes You” Box. Just because the inane dating algorithm says you are a 95 percent match with Mr/Mrs. Dreamy doesn’t mean the 5% they leave out are not for you. Go ahead and take your .01% shot with someone young and hot when you are not. Accept the odds and consider changing the lane where you drive before giving up your car altogether. Photos are more important than anything else.


First, second and third, it’s the photos!  Yes, more for men than women.  And yes, more for younger people than older.

I recommend you change/update your pictures often.  Photos don’t just talk- they scream!

I’d estimate 10-20 percent of the women I approached or met on a dating site told me they don’t care at all about the physical. In contrast, I don’t hear males say that ever.

Accentuate your best features, for sure, but don’t avoid full face and body shots. Not including these photos at all makes a bigger statement than the photos selected do. And if your pictures are more than three years old, don’t use them.  If you look “the same” then take a new photo and prove it.

If you are tacky and looking for the same, by all means, “tacky away”.  If you’re not sure what tacky looks like, may I suggest men flexing shirtless holding fish, and women sprawled out on a bed with unfastened lingerie just barely hanging on.  Present yourself in the way you seek others; nothing more or less.

Demonstrate humor and a lighter touch if possible.

If there are critical prerequisites for the person you hope to meet, it’s better to get them out of the way in the profile.  I don’t recommend you include coffee vs. tea or football vs. baseball in this category.  On the other hand, passionate political leanings in this day and age might be worth explicit mention. And religion? While it does not matter to me, I appreciate those who specify upfront they want a Christian, God-fearing person because Muslims, Jews, Buddhists or Atheists then know not to waste their time. It’s okay to want what you want and express deal-breakers on your profile.

Don’t fall in Love with a Profile.

Profiles are the advertisement.  YOU are the product.

You cannot decide that someone is “right” before you meet them no matter what.  No exceptions. Finding a profile that “perfectly” matches yours is not the same as meeting a date to whom you are attracted and share common interests.

When I look back on twelve years of dating online, I only remember highlights and lowlights. For example, in my rookie match year I found an irresistible, attractive age-appropriate woman.  I’m into sports, soul music, all sorts of food and musicals.  So I found someone who wanted the same and wrote this funny blurb about “Why is it difficult to find straight men who enjoy musicals?”  I wrote back an adorable blurb quoting famous musicals and how we would definitely hit it off.  Five days and emails later, I received an agitated note indicating there was more to life than musicals and to “Please stop”.  Lesson learned several times over; if there is no attraction, even carbon copies of the desired gender will not produce interest, let alone a perfect match.

Aim ever so slightly above

Settle on the small stuff, but not on the big stuff.  If you aim too high and need everything “just right” you may find yourself alone for a long time.  Let’s make this tennis analogy:  If you are a 3.0 player playing your best tennis of the year, don’t sign up for 5.0 tournaments.

This sounds cold, but my niche is straight talk, so I need to get this out. If you are overweight, unattractive, and older, don’t look at younger, hotter, fitter people.  Money and power may change the equation, but even if rich men say, “if she dates me for my money- that’s good enough for me”, the relationship is superficial with zero chance of working out long-term. For many, what I say will not ring true, but they have long finished reading anyway…

Aim high means to possibly push to the top of 3.0 into 3.5 and not “settle” for 2.5.  Of course there are exceptions. For example, magnanimous personalities, Don Juan’s, and people who don’t care about the physical, but if you want to move out of the looks/age lane online, expect a lot of rejection. 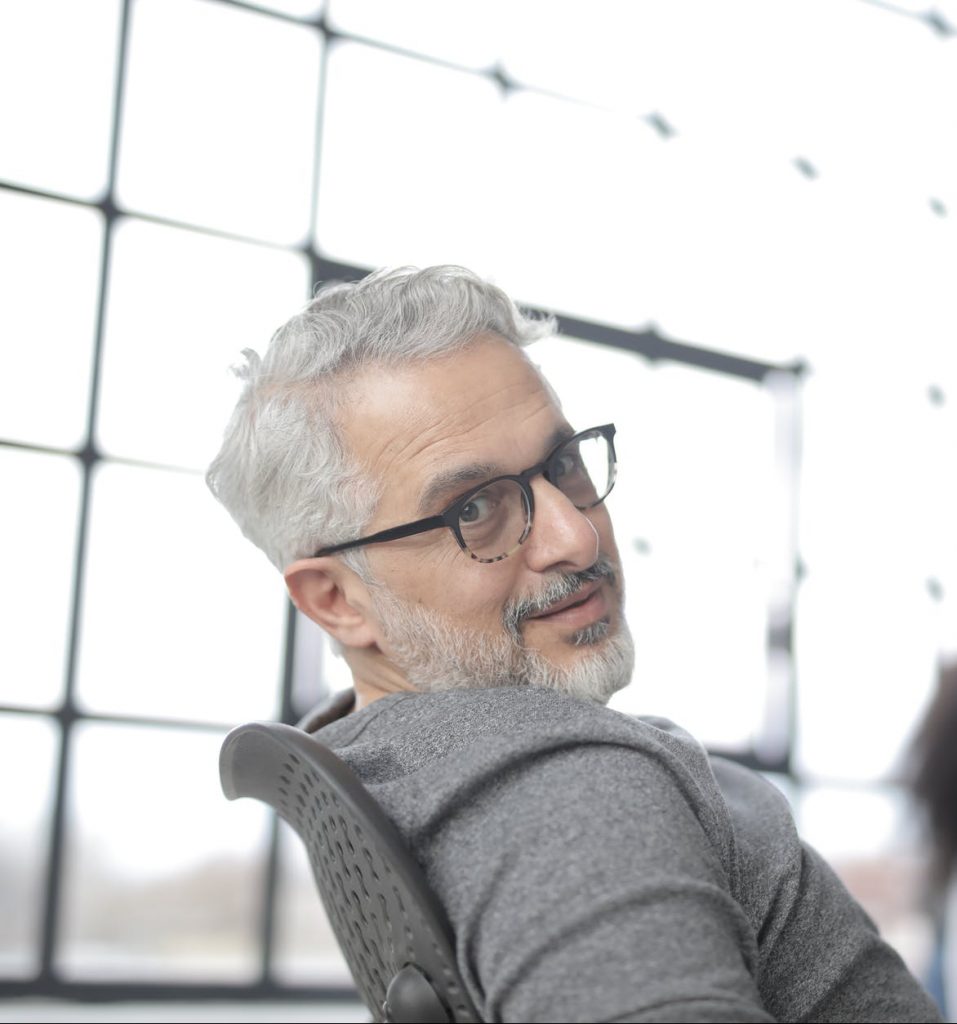 Physical Attraction often masks everything else about two people.

The subjective stuff we seek is not “quantifiable”.  Too many people who have chemistry together see the rest of the package as perfect for a short time.  Later, the same traits that start out endearing end up as annoying.  This is not just an online dating phenomena, of course, but because people list an abundance of likes and dislikes, they assume they know much more than they really do.  Really sensitive could mean “sweet and kind”, but it also may mean “self-centered/crybaby”.  You cannot tell the difference right away, especially with hot chemistry.

The way most online daters approach love is to use “activities and interests” selectively as rationalizations for all the yellow and red flags we ignore at the start, but hit us in the face six months into the relationship. Address the elephants in the room early on. They make a big mess and cause greater damage later on.

Change your strategy on the sites, but also how you date.

It’s a numbers game, as most experienced daters know, but it’s not the same as playing the lottery. With online dating, you can change what you say, what you look for, the site du jour, and the photos for different results.  You can also correspond differently and modify your dating “rules or guidelines” as you go without changing your profile.

With computer dating, we know a great deal about people before we meet, even though we don’t know profiles as people.  That still takes time. It also involves luck because you can be a day early or late for one of the few true matches.  How is this different from a bar or a party? The beauty of putting yourself out there on dating sites is you don’t need to forgo fix-ups, parties or other ways to meet. You can do it all.

Don’t overthink. Don’t quit. For best results, participate in an online search wanting, not needing, to meet someone. Portray yourself honestly on your profile with pictures and content. Finally, aim “reasonably” high and settle for someone worth trusting, respecting, and loving.

Following an NYU MBA, Northwestern BA, a modest business career with practically record-setting job changes, Michael left the world of sales and marketing for the freelance creative side to write in 2018.  No longer beholden to the whims and politics of the corporate world, he found solace and satisfaction writing for Next Avenue on subjects as diverse as Latecomer Comedians, Zoom Reunions, and Bi-polarized Friendships.

When not driving part time for Uber/Lyft and writing a book about it, he is on the golf course or in the gym.  Michael lives in the Norwalk/Westport area, and is the proud father of two boys, ages 18 and 21.
Previous Post

Fully Vaccinated – Now Where Can I Go?