Book Review: The Book of Lost Names by Kristin Harmel

in Book Reviews, Product Reviews
A A
0

About The Book of Lost Names

The Holocaust has provided, after 75 years,  something that rightly deserves to exist – a distinctly recognized grouping of literary writings.  And there have been so many: books by Survivors of their own experiences…books by their children on what, and how, their parents or grandparents have shared these experiences with them…books by and for children as well…and especially, in the most recent of all the time that has passed since Hitler’s failed plans to destroy all Jews (and many other smaller groups of people he also despised – including Gypsies, Esperanto speakers, homosexuals, those with birth defects or later-in-life sad physical and/or mental acquisitions…) a book like this one.

A new and now major sub-genre in Holocaust writings is fictionalization of it and its experiences.

Among the newest of these is The Book of Lost Names by Kristin Harmel, best-selling author of other historical novels.  Here she created a truly new kind of character: Eva Abrams (nee Traube), a young woman whose parents “escaped,” they thought, from Hitler by moving to Paris in the early days of the Nazi rise to power.  They themselves could not survive, but Eve is able to do so because of her unique talent:  she is a forger, someone essential for creating the kind of false documents that in her time could get people to safety from many places – in this case, from France — to neutral Switzerland.  And so, ultimately, she also saves herself…

As an Amazon Associate I earn from qualifying purchases.

The “hook” in this book is right there in its title: Along with her forgery, Eve finds a way to remember the real names of those for whom she’s able to write different ones in the documents that can mean their freedom.  And since many of those who receive her special kind of anonymous help are children orphaned by the Nazis’ takeaways of their parents, she devises her “Book of Lost Names” to make sure that their real names, their birth names, will not be lost forever.

Of course, this book is fiction, and every such novel whose main characters are adults is filled with both angst and love.  The heartache in this one arises between Eve’s desires and her mother’s: Mrs. Traube constantly reminds her daughter that her duty to both family and heritage is to marry that always-desirable young Jewish man, and so she continually worries about her daughter’s close association with a handsomely tempting non-Jewish fellow forger.  The love in this book splits in two, to encompass both Eve’s perceived duty to fulfill her mother’s wishes and expectations, and her own young-womanish romantic desires and experiences.  And since Eve is indeed the main character in this story, the often-conflicting emotions of love and duty form its dual core.

The heroine lives to fully outwit the Nazis

No one has the right to tip off the readers of this book by hinting at any ending except the one that any good novel of this type should and would supply: its heroine lives to fully outwit the Nazis.  You must read it yourself to find out just how, because it has not by any means been something easy to accomplish. And, of course, you must – and will want to — read on to the finish to find out what happens afterward, because Eve’s story doesn’t end, not by any means, with her final forgery.  There remains – after all – the special book she created, the book that gives title to author Harmel’s own creation.

It would also be a normal assumption to believe that such a special book should live on beyond that story if only as a fiction.  It is now up to you, as potential readers, to find out whether the assumption is correct or not.

The Book of Lost Names

, the sixth historical novel to Kristin Harmel’s prolific credit, was published by Simon and Schuster under its Gallery Books imprint and is now available in bookstores and online for about $20. For that, you receive almost 400 pages of good reading: a family story – the tale of a fascinating young woman maturing into a troubled-time adulthood and all the ups-and-downs that accompany it – an unusual centerpiece that provides the book’s title – and an ending that may or may not surprise you, and depending on how well you read fiction of this type, it will surely serve to satisfy, no matter what you may expect as you read along.

A proud native of Pittsburgh, PA, Harriet P. Gross began her journalism career in 1955 at a local paper. She moved to Chicago 2 years later where she worked as a full-time journalist until she moved to Dallas in 1980. Here, Harriet freelanced on special projects such as the text for Dallas Section and the National Council of Women’s history book. She also wrote extensively for a variety of publications.

Today, Harriet’s “In My Mind’s I” column runs weekly in the Texas Jewish Post. She received many writing awards from the Press Club of Dallas, American Jewish Press Association, National Federation of Press Women, Illinois Woman’s Press Association and  Press Women of Texas, and is  listed in five Who’s Who publications. In her community, Harriet currently works as a book reviewer, discussion leader, and program presenter for clubs, senior living facilities, and Jewish institutions such as the JCC’s Senior Program. 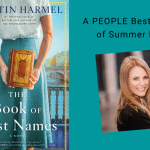 Why You Should Buy Wine at Costco