Book Review: One Tough Out: Fighting off Life’s Curveballs by Rod Carew and Jaime Aron

Before I picked up this book, I jotted down my memories of Rod Carew:

I learned most of the stories about Rod Carew’s life from this memoir.

For starters, Rodney Cline Carew was born on a train in Panama. The woman who helped deliver him, Mrs. Margaret Allen, became his godmother. Dr. Rodney Cline was the physician summoned from the white section of the train after the birth. Rod was named after the good doctor who later helped with early illnesses.

Rod grew up in severe poverty in Panama. Even more problematic, his father Eric was an abusive man. His life with Eric became so unbearable that Olga Carew, Rod’s mother, took the children and escaped to New York. That was in 1961 when Rod was just 15 years old. A new world opened up for the Carew family once they no longer lived in fear of Eric.

Rod’s boyhood idols were Jackie Robinson and Ted Williams. Interestingly enough, Rod later showed the amazing courage of Robinson and the hitting expertise of Williams. Many experts believe swatting a pitched baseball with a round bat is one of the toughest things to do in all of the sports; it came naturally for Carew.

There is a humorous story in the book about a tryout conducted at Yankee Stadium by a Minnesota Twins’ scout. Rod wore an oversized Tony Oliva jersey up to the plate. Although Carew wasn’t known as a home run hitter that day he repeatedly blasted balls over the fence at the big ballpark. After seeing this spectacle, Twins’ manager Sam Mele hid Carew on the bench to hide the kid’s talents from the Yankees. Later the Twins signed Carew, and after some time in the minor leagues they promoted him to the majors, In 1967, he earned the Rookie of the Year award.

One Tough Out: Fighting Off Life’s Curveballs by Rod Carew and Jaime Aron  – Order yours today

Harmon Killebrew and Tony Oliva were the teammates that mattered most to Rod. The veterans took him under their wings and showed him how to be a professional ballplayer. Killebrew and Oliva also taught Carew how a real man should act since he didn’t receive that training from his father.

Carew wasn’t just a natural born hitter, he constantly studied and strived to improve. Rod worked on his stances and crouches to try to get an advantage over hurlers he faced. Every pitcher he batted against received his own page in his pocket sized notebook. There he would track the bats to be ready for the next time at the plate. Once while in the box versus Hall of Famer Catfish Hunter, Carew predicted each pitch and announced their arrival to catcher Thurman Munson. After doubling down the left field line following another offering, Munson became steaming mad. The catcher thought Carew was stealing signs but Hunter knew better. So did the umpire who had heard the dialogue and bowed in respect to Carew who was smiled from second base.

In his marvelous career, Rod collected 3053 hits, seven batting titles, an MVP award and was elected to the Hall of Fame in his first year of eligibility in 1991. This was the ultimate honor for a major league ballplayer. After that amazing high came the horrible news that his youngest daughter Michelle had leukemia. She passed away at age 18. This devastated the family and ultimately led to the break up of his marriage. Carew said “Michelle’s death tore us apart.”  His wife took left with his other two daughters which ended his relationship with them.

During these painful events Rod heard his mother’s words of faith, “God is there for you. He will always be there for you. He’s going to take care of you.” And he did. One day, Rod met Rhonda Feldman while working as the hitting coach for the Milwaukee Brewers. He noticed she was cold; after he gave her a coat, he got her phone number. The last four digits of her number were 3053- the total number of hits in Carew’s career. Rhonda and Rod married in 2001. They had a tremendous amount of faith in each other and in their religion – and knew it was right.

Speaking of faith, Adam Sandler mentions Rod Carew converted to Judaism in his popular “Chanukah Song”. While Rod and his first wife raised their daughters Jewish, he never converted. Carew met Sandler some time later; he let him know that was the case, but Sandler didn’t change the lyrics of the song.

Then came the heart attack

One sunny day in 2015, Rod suffered a heart attack on the very first tee while golfing. He was rushed to the hospital and saved by his very own “guardian angel”. Later Carew received a heart transplant from a 29 year old donor, which of course was Rod’s number in the majors. Rod and Rhonda wanted the donor’s family to be part of their family, about which they were thrilled. The Heart of 29 Campaign was born.

Why you need to read One Tough Out: Fighting off Life’s Curveballs

Readers will enjoy learning about Rod’s past, present and future. He learned life lessons through the years about how to successfully overcome challenges and the importance of giving back to others. Rod Carew will forever be #29 in your baseball program and #1 in your hearts. 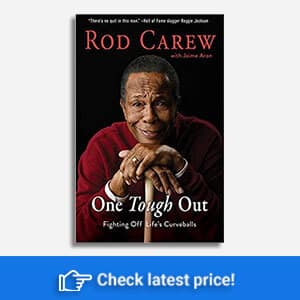 One Tough Out: Fighting off Life’s Curveballs by Rod Carew and Jaime Aron 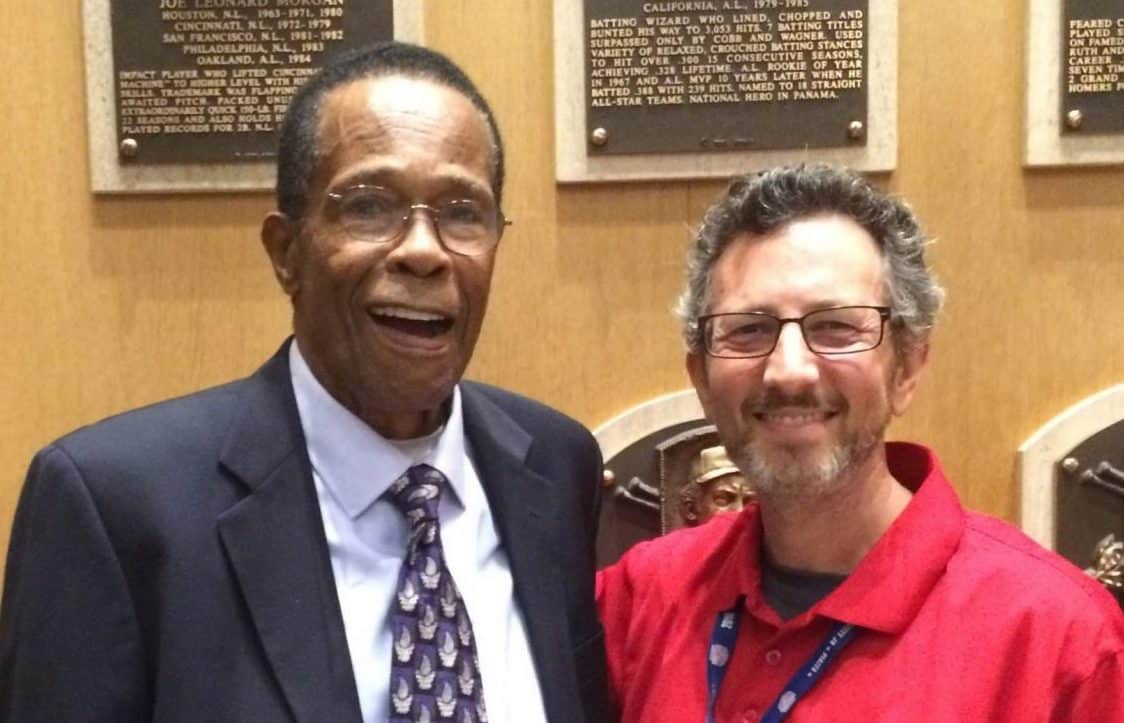