Stop Missing This Important Aspect of Successful Dating at 50Plus

in All Trending Articles, The Heart of the Matter
A A
0

The good, the bad and the mediocre

In the eight years since my divorce, I think I subscribed to just about every dating site ever created. I had a few good experiences, some bad ones, and lots I would describe as mediocre.

Over the holidays and into this New Year, I actively used both Match.com and OKCupid for three months. I figured the holidays are when people are the loneliest and that might be a good time for me to connect with other lonely hearts. Much to my surprise, I found exactly the opposite. I received an extraordinary amount of “likes” which resulted in a few conversations that led to meeting only 9 men. Out of these nine men, I only had a second date with two of them, a third date with one of them and nothing beyond that.

Because I am the eternal optimist with a rose-colored-glasses perspective, I thought, “maybe I’m on the wrong dating sites.” Keep in mind, I was on these two sites over the holidays. Isn’t that the absolute best time to be online?

I wasn’t invited to any holiday parties that year. Not one single one. Not even New Year’s Eve. Many people make a resolution to find a new love in the new year so why should I be any different? I decided to try one more site to see if the results were any different, and chose Bumble. This site is where the woman contacts the man first to begin the conversation. He has 24 hours to respond before the communication expires. After two weeks, I received 186 “likes” and attempted twelve conversations. I received only two responses and met one man. The outcome from Bumble for two weeks was .005% however based on the above stats, I assume that number would decrease if I continued my membership.

Time to try something different

The interesting thing about all of these sites was that I was “liked” by a few guys that I’ve spoken to and some I’ve actually met. I know people who met online, and I do think it can be a great platform; especially for busy people. One of the conclusions I reached though is that some people, both men and women, use it as a distraction from boredom; at a stop light, in the line at the grocery store or bank, etc. It is a scroll and swipe technology that feeds the need to constantly be entertained and do something. The more we touch something, like our phones, the more emotionally attached we become to it. Another conclusion I’ve reached is that I’ve given online dating enough, time, energy and effort to realize, for me, I need to do something different.

As I shared my dating woes with my girlfriend and her husband of more than 20 years, she made an incredibly insightful and bold statement. She said, “You are trying to put everything into a box. You are looking at a profile online and seeing how that man fits into this box you’ve created. There is something incredibly important that you are missing.” I looked at her husband who nodded his head vigorously; he knew what she was about to say.

“You are missing the one thing that you will never get online.”

“Think about how people used to meet before social media, cell phones and email. They made eye contact, smiled at each other and then started a conversation; the senses were engaged. People develop feelings during the conversation as a result of the laughter, light-hearted talk, occasional serious subjects and a physical connection with that person,” she explained. Suddenly, a lightbulb went off and I began to recognize a repeating pattern with myself. I was creating a story around who the person was before I ever met them based on their photos and what they had written in their profile. From the small percentage of men that I met, I was a bit disenchanted that they did not live up to the story that I created. To further complicate things, there was a huge disconnect between what they said and what they did. Their actions did not match their words. There are certain nuances you can pick up on when you meet someone in person, especially for the first time. I continually found that something was amiss when I met the man in the photos. Thinking about what my girlfriend said, I looked back at the men I met and asked myself, “Would I have wanted to meet this person if I saw them in person?” I would have had the opportunity to observe them; watch how they interacted with other people and then made the decision whether to introduce myself or not. Out of the ten men I met, there was only one that I would have wanted to meet.

Interestingly, a few days later, I was able to experience this revelation in person. I met my girlfriend out for happy hour after a really tough day. I wore my normal work attire; running pants and matching jacket with ballcap. I wasn’t paying attention to who was at the bar or what was happening. I felt sorry for myself and just needed some TLC from my friend. She looked across the bar and noticed an attractive guy looking at me. She pointed him out and I began to observe him; how he interacted with the other patrons and the staff. After a few times of our eyes meeting, I asked him to join us. During our conversation, I was able to get a feel for who he was; funny, polite, engaging and, most importantly, he spoke to both my girlfriend and I with respect. He had similar experiences with online dating and, like me, decided to try meeting people the old-fashioned way. After a brief conversation that evening, we exchanged numbers and he asked to see me again. WOW!  Success!!! We’ve had a couple of dates and have discovered that we have quite a bit in common including similar life and relationship goals.

No more online dating for me

Based on my experiences, my girlfriend’s advice and recommendations and this recent encounter, I canceled my online dating site subscriptions. I plan to bravely and boldly work to meet men in person to increase my odds of finding that special partner. After all, how can I utilize my senses to engage, connect and communicate with a man unless we are up close and personal? There are so many things I didn’t even realize I missed in the online dating world, especially how I want to feel in a relationship. In a way, I had to relearn how to date, recognize what I’m willing to do to meet that special man and continue to make dating a priority. Another piece of valuable advice my girlfriend gave me was about not assessing during the date. She advised me to focus on having fun and not think about what comes next. She told me continually assessing my date takes away from the joy of the moment. She’s a wise woman, married for over 20 years. I’m taking her advice and starting again with a new and fresh outlook!

I’d love to hear any stories, feedback and perspective you may have from your dating experiences as well! 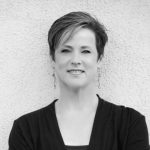 Amy Jones is a personal growth visionary, international speaker and author who lives and breathes one simple philosophy:  live in the moment. For over two decades, she has inspired thousands of people; intent on helping facilitate their personal growth and self-healing process by creating opportunities for significant and lasting life changes through personal interactions, workshops and writing found on www.TheAmyJones.com

How Do I Know if I Have Prostate Cancer?

How Do I Know if I Have Prostate Cancer?