Time to Love or Leave? Tips for Successful Relationships After 50

Your relationship is going flat.  It’s a possible dead-end and realistically you don’t have much interest in making it a “Forever”.  Do you stay and work harder, accept it “as is”, or move on?

That all depends, right?  As reported in a previous article in 50PlusToday, I met my Match two years ago, and we are still quite happy.  BUT, we’ve definitely encountered challenges.  Corny as it may seem, we’ve actually met them and overcome them in such a way that has made us “stronger.”

I’ve been “smitten” many times before and exited, presumably for “something better” (turns out I was correct…) when the challenges were too great.  While the value in these articles is that they hopefully strike a chord of familiarity for readers, the situations below may provide greater insight and ideas for how to approach your relationship without grabbing more meds or doing anything drastic:

TIPS FOR SUCCESSFUL RELATIONSHIPS AFTER 50

Attraction is jet fuel.  It’s not a Permanent Panacea

Are either one of you in love?  If one is and one isn’t , rip off the band-aid.  Don’t wait for a propitious moment or break in your heavy schedule together.  Stop with the idea that ‘you don’t want to hurt the significant other’ ego trip.  You are hurting that person by staying a lot more than you will be by getting out.

You don’t fight and have decent sex.

Of course, you don’t fight.  You don’t care enough to argue.  You have nothing to play for.  No kids at home, no rock on the finger… If your goal post-50 is almost exclusively companionship with benefits because you don’t want the intensity or depth, make sure that your partner feels the same way and stay the course.  And, hey, it’s better with than without benefits!

Find another mate, with or without sex, before breaking up with the current one?

Forgetting about the lack of integrity, for a second, let’s say you want to see if there is something better for you, just in case.  This is a disaster for so many reasons.  You can’t get a realistic perspective of how someone you cheat with would be in an exclusive relationship.  The message is, whether you tell the S.O. or not, that you will turn around and do the same thing to the “on the sly” person if he/she winds up as your presumably steady one and only.

More money or better looks rarely turn out to be the right escape plan.

If you are over fifty, this should be genuinely familiar by now.  I had a celebrity attractive mother who has been ruined by mammon worship.    Not for nothing, but there is always prettier or richer.  Chances are you won’t find either and if you do, it won’t turn out well.  Most in this position fail to see this weakness in themselves.  If you think a more attractive or wealthier partner is what you are lacking, you are stuck in a phase you should have left behind in your youth.

Avoiding loneliness is a big reason older adults stay involved, but it is rarely enough if you are seeking love, too.

Maybe you have reached a point where the whole “real love” idea is unrealistic, and a companion or roommate would be perfectly fine.  That works.  But if you are like my good friend who has been working on “being alone” issues in therapy for years, but remain healthy and discontent with partners because the therapy isn’t working- this is a Catch 22.  Accept your need to be in a relationship and stop trying to fix it , if you can’t get comfortable. 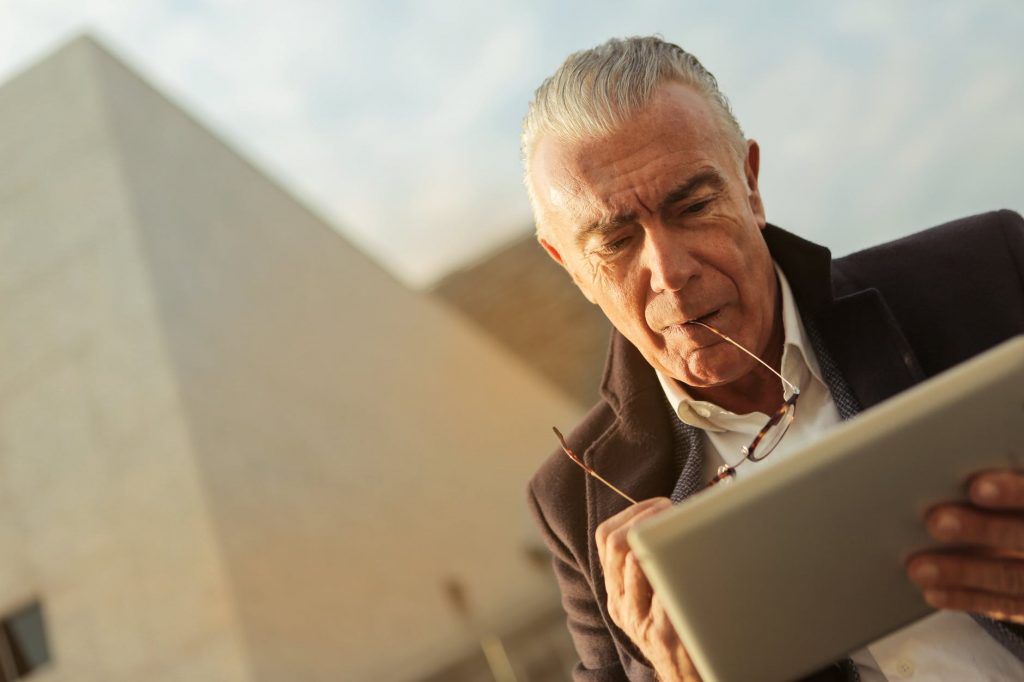 So, you are not thrilled about going back on Dating Apps?

Relationships should be mostly peaceful affairs, with minimal strife.

And then there is the couple that has lots of loving and lots of major blow-out arguments.  Make-up sex is just not enough of a reward for all the yelling and screaming.  If you love your partner, still, it would be worth it to resolve at least one or two of the major conflicts before breaking up.  If you cannot accomplish this, with or without therapy, this becomes a very difficult call.  Some issues abate over time.  If you can’t get past the big stuff or problems exacerbate, it’s a very troubling sign.

Long-distance romance is more of a longshot for aging explorers and participants.

Dating from afar is not as sexy as it was in our youth.  If you want the “real thing” and start out unrealistically far apart geographically, make sure that if you do fall in love, one or the other person or both of you are willing to move to a new location, eventually.

You know “neatness” counts, but only for one of you.  Perhaps one of you overcommunicates and the other is used to more independent planning.  The truth is that in good relationships- little things usually get worked out so that “little” becomes laughable rather than threatening or terminal.

Trust is an elixir to strong relationships.

If right, it is like compound interest, and builds on itself.  Effort and intention when it comes to being physically or mentally there for the other person goes a long way, but positive action and change will go that much further.  Transgressions eat away at trust and weight the relationship down.

This isn’t your grandfather’s “political climate”.

Not a lot of Carville-Matlin or Conway’s happy love stories are out there.  In a lot of ways, Politics is the new Religion, in that being of a different party today means life philosophy, decisions, and practice are diametrically opposed and highly combustible.  Political Preference would not have been in my Top 50 criteria when I was under forty.   But the times are just so different, I don’t see way Left working with way Right.

My contention and observation is that Daters, at the outset of a relationship, are so happy to find a partner, that they rationalize away Highly flammable stuff, including most of the above.

The standard “Love Advisory” is simply to proceed with caution.  I don’t provide “standard” advice in this column.  You should get excited when you meet someone you are attracted to, and stop seeing other people until you have a good grasp of all of these things.  In fact, if you are not excited and at least a little ahead of yourself, you are probably just wasting your time.  You don’t usually need to get married or move in/move out together- so slowing down in that regard makes sense.

I bought into the “Game, Set, Match” idea early on in my relationship, and that feeling helped me get through our challenges and disagreements.  Without it, I’d be back online.  With it, I am poised and excited for a positive, however imperfect, future.

Following an NYU MBA, Northwestern BA, a modest business career with practically record-setting job changes, Michael left the world of sales and marketing for the freelance creative side to write in 2018.  No longer beholden to the whims and politics of the corporate world, he found solace and satisfaction writing for Next Avenue , Forbes, CyberParent, and other publications on subjects as diverse as Zoom Reunions, Bi-polarized Friendships, “Gigging”, and Hiring Prejudice and Obstacles.

He also works on B2B and B2C ad copy while working on his book chronicling his experiences pursuing his Dream Job as a Writer.
Previous Post

Skip-Gen Travel: Seeing the World Through the Eyes of your Grandchild