Skip to content
You are here
Home > All Trending Articles > Super Senior in New York: My Cousin Hilda 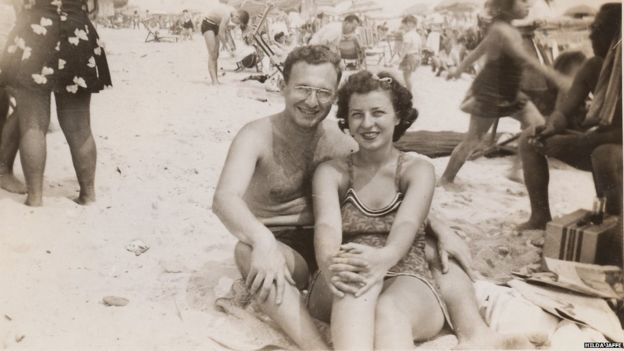 My cousin Hilda is my favorite relative. She is 96 years old, but sharper and more energetic than many people half her age.

Hilda participated in the Longevity Genes Project., a study of a group of 600 people over age 90. We call her a “Super Senior” because she is exactly that, a super senior.

Hilda works as a docent at the NY Public Library a few days a week. Her tours are informative and fast paced as she strides confidently through the elaborate building with her groups. Imagine a 96 year old complaining that her groups do not keep up with her? Well, she does. She has a wealth of knowledge about the library to share in a short time and does not want to leave anyone behind.

In common with other super-agers, Hilda has retained her zest for life and learning. She completes the New York Times crossword each day, belongs to two book clubs, goes to the opera, classical music concerts and the theatre. She also babysits for her great grandchildren who live nearby.

Hilda tells me she is in better shape now than when she lived with her husband in the NJ suburbs because she goes most everywhere by foot, describing New York as a “great city for older people”. She is no longer able to drive comfortably, but does not miss it. Her studio apartment is conveniently located within walking distance to museums, theaters, markets, doctors and most anything else she might need. Public transportation is readily available if she needs to travel further from home.

What is the secret of her long and healthy life? If you ask her, she will say, “Pick your parents well; my father died at 88, my mother at 93, so it has to be genetic.”

I am happy to report I share those genes. My 88 year old dad shares a theater subscription with Hilda. They get together six times a year for dinner and a show.

Samples of Hilda’s DNA are stored in a freezer at the Albert Einstein College of Medicine in the Bronx.

I had the opportunity to take a tour with Hilda last weekend at the main branch of the New York Public Library. She is now 97 years old and still moves more quickly than I do. The walking tour covered 3 stories and lasted 1 1/2 hours. Hilda shared her endless knowledge about the purpose of the library, the architecture, the artwork and the archives. She knew it all. The building, constructed of marble is a beautiful place full of history housing, among other treasures, an original copy of the Declaration of Independence and the original Winnie the Pooh stuffed animals. I learned the two large lion statues on either side of the massive front door are named Patience and Fortitude. It’s an impressive place, but I was truthfully more impressed with Hilda. When I grow up I want to be her.

Scroll through photos from various parts of the New York Public Library.