Things Change…But So Can I! Taking the Next Step

in All Trending Articles, Work & Purpose
A A
7

Sometimes I think change is a dirty word. Changes can be vague, and we barely notice them – until we get a reminder, like the aches and pains when we stand up after sitting too long in one spot; that’s the change that comes with aging. Then there are the big changes that hit you like a ton of bricks, such as divorce. As is true for most people, my divorce affected every aspect of life and the identity I wore for 23 years. There was a lot of pain and grief. But what’s a girl to do – just sit in my brokenness and spoil or embrace the change? Yes, you know where this is going. … Change is opportunity.

At 46, I decided to claim the education I did not finish so many years ago. First stop was the University of North Texas for a BA in Psychology, with a minor in Addiction Counseling. That part of the journey was pretty painless, except for the construction on I-35. One important lesson I learned was to face the challenges of academia with the wisdom of age.

The next leg of my journey was what some would call — unconventional. This Texas girl, who had lived in DFW for all of my life, moved to Delaware, Ohio to attend Methodist Theological School in Ohio. (My faith calling to this place, at that time, is a story for another day.) 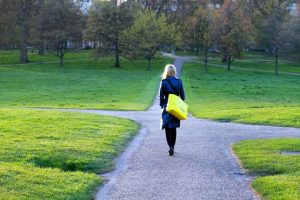 Right off the bat, on Orientation Day, I learned my time there would be not be your average school experience. Every belief, every sacred cow I brought with me would be unpacked and challenged. My seatmate that day was a person early in the transgender process. I was not quite sure what to think or say to her – I mean – him. And when he heard I was from Texas, he was sure I was just your run-o’-the-mill redneck. Our first conversation was – to put it mildly – awkward. However, it did not take us long to find common ground.

I spent five years in Ohio and earned Masters degrees in Counseling and Divinity. Along the way, I learned what winter is – beautiful, but so. very. long. November to February was really no problem; with the right gear, cold and snow can be an adventure. March and April were a whole different set of bad. By then, it’s springtime in Texas, but in Ohio spring does not arrive until May. Oh, but when it does arrive, it is magnificent! Lilacs are my favorite.

As part of my studies, I had opportunities to work beside people I would not have associated with back home. During my Ethics of Sex class and beyond, I served in a ministry to sex workers on the streets of Columbus late at night. We drove around in a big blue van and, each time we saw a lady working, we got out and shared food, hygiene supplies, and caring words with the people on the lowest rung of the world’s oldest profession. They taught me to see people with hearts and hurts, not just bodies on street corners. Later, I served as a student pastor for a church located in the poorest part of Columbus. My main function was to lead a Celebrate Recovery group, an addiction ministry. We served a hot meal and shared stories and hope for recovery. The stories they told were so powerful they could burn, if you got too close. For my counseling internship, I worked with juveniles in a drug treatment program in the same neighborhood. Their stories would break your heart. I thought I was doing ministries to help others. The truth is all of these people helped change me.

During an immersion course in world religions, we visited worship centers and other holy places for every religion represented in Central Ohio; there are many! The most amazing moments included when the Imam (the prayer leader of a mosque) from the Islamic Center of Columbus spoke about his friend, the Rabbi from Tifereth Israel-Columbus, and his congregation. They were first on the scene to offer help after the mosque was badly damaged by vandals following the 9/11 attacks.  The Rabbi also spoke very highly of the Imam. These two religious communities remain connected in love and service to each other and to their city. 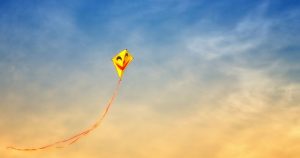 I put 150,000 miles on my car while there and driving home for breaks. We explored just about everywhere you can go on weekend and day trips from Delaware. (Between studies, of course!) We created our own wine tours to every corner of Ohio, whiskey tours to Kentucky, and visited a haunted prison. We took day trips to Amish Country, state and national parks, and weekend trips to islands on Lake Erie. Once, we celebrated the end of the semester with Christmas in NYC.  I also took my first solo international trip to Israel -well, I was actually with a school group, but it was different traveling without a spouse. My friends from that incredible trip like to tell the story about my bravely getting off the bus alone to shop the day we arrived in Jerusalem.  They were astonished I was willing to navigate through a strange city on my own and that I made it back to the hotel without a problem. I earned some street cred with my young colleagues that day. So many incredible experiences I would have missed if I had not embraced the change.

I graduated in 2015 at 54 years old and came home. There is a saying, “You can take a girl out of Texas, but you can’t take Texas out of the girl.” That is so true. But this Texas girl was changed. I’m not done yet either. There will always be change; it’s up to me what happens after.

“The mixture which is not shaken decomposes.”  ~Heraclitus

Peggy Sham is currently living her “second act” as a Licensed Professional Counselor working with youths struggling with addiction. She is mother to one adult son and writes about faith, loving, growing, and lifelong learning.

Second-Act Careers: 50+ Ways to Profit from Your Passions During Semi-Retirement

Have You Cleaned Your Cellphone Today?

Have You Cleaned Your Cellphone Today?