in All Trending Articles, Living
A A
0
0
SHARES
0
VIEWS
ADVERTISEMENT
Views: 1,170 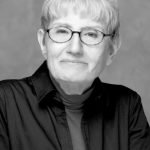 I’d like to call your attention to a new book, one that’s interesting – even fascinating – but to me at least, somewhat unsettling.  It’s a rather slim volume – 215 pages – by Jeff Oliver, who has an MFA in fiction (and in the arts, that degree is the equivalent of a PhD or Doctorate in anything else), and among other pursuits, has been a Food Network executive and producer of such shows as “Cupcake Wars,” “Worst Cooks in America,” and “Cutthroat Kitchen.”  It’s certainly these last experiences which gave him the idea for this newest of his ventures.

“The Two-Plate Solution” is a clever riff on TV’s many cooking shows, made even cleverer by its timely premise: Here’s a competition being staged by teams of chefs:  Israelis on one side, Arabs on the other!  Yes – that continuously disturbing conflict can actually be turned into a sort of laugh-inducing wry humor, and Oliver wrings as much of that out of the situation as his indisputable talent allows.  What I find distracting at the very least, and offensive at the very most, is the overtly sexual situations he has worked into his plot – and the very “blue,” salacious vocabulary that accompanies them – permeating almost every one of these 215 pages.

I guess I’m a prude, but I bet that I would have a lot of company among those of us who are well past the millennial age and do not understand why such descriptive situations, with language to match and sometimes enhance, are even necessary. Some sweet – some even turbulent – romances might work with this scenario, but they wouldn’t have to be so graphic.  The tale itself, which offers clever situations (how about professional chefs masquerading as terrorists?) would be more than enough, and should then appeal to a larger audience, one that would not be turned off by some of Oliver’s plot lines and accompanying dialogue.

The book, its story and situations, are clever throughout, and the pacing is quick – just like that of those competitive television cooking shows.  Its subtitle, “A Novel of Culinary Mayhem in the Middle East,” is provocative enough; the X-rated language within could be damped down or done away with, and the well-constructed tale, with its “I should have guessed!” surprise ending, would shine through on its own.

With the Nest Now Empty, What’s Next?

With the Nest Now Empty, What’s Next?