No Result
View All Result
Home books The Writer's Workshop

The Writer’s Workshop (Part 5 of 6): Write Your First Book (What’s Your Writing Style?)

in The Writer's Workshop
A A
0

Conservative? Casual? Colorful? Whatever your style, everything you do reflects it. It manifests itself in the clothes you wear, the furnishings in your home, the car you drive, and how you carry yourself.

Your style also finds expression in your writing. Every writer’s style is unique. You don’t have to be Hemingway or the Bronte sisters to have a recognizable writing style. You just have to be yourself. The rest takes care of itself.

You can imitate someone else’s style if you want, but you can’t duplicate authenticity. In the famous line attributed to Oscar Wilde:

“Be yourself. Everyone else is already taken.”

Your writing must be authentic for readers to find you credible. Your style is your essence.

Finding inspiration from the style of others

Let’s look at a style of a few writers of contemporary fiction. You don’t want to imitate them, but you can draw inspiration from them. I’m going to focus on five contemporary female writers who have written book series’ in my favorite genre, namely mystery/suspense/detective stories.

My selections are Tess Gerritsen, Sue Grafton, Jacqueline Winspear, and Hank Phillippi Ryan. Each of these writers approach their story telling in a signature style. They all created unique and engaging female protagonists who operate in a world known and familiar to the author.

The Rizzoli & Isles series possesses an evolving style where the author digs deeper in each subsequent book. Every new addition unearths additional details about the characters and intensifies her plot lines. Perhaps it’s not coincidental that Gerritsen earned her undergraduate degree in anthropology, the study of human behavior, biology, cultural norms and values. New dimensions are uncovered all the time.

The best example of her evolutionary style is the fact that homicide detective Jane Rizzoli is a secondary character in the first book, The Surgeon. Medical examiner Maura Isles doesn’t appear until Book Two, The Apprentice. By Book Three, the two women compliment one another’s ingenuity and insight to solve crimes.

In most series’, the main character explodes on the page, like James Bond in Ian Fleming’s first Bond thriller, Casino Royale. But this is not the way Gerritsen writes. Her style is subtle and intricate, like peeling back petals to find the core of the flower.

Gerritsen is a doctor. She earned her medical degree at U.C. San Francisco and practiced as a physician before she started writing. Isles’ investigatory talents derive from the author’s professional knowledge and background. The dialogue and scenes involving forensics also clearly reveal the expertise of the author.

As Mark Twain said, “Write what you know.” 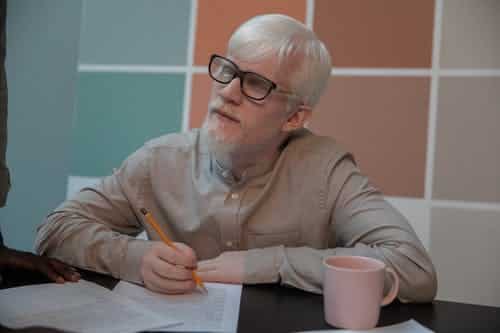 Sue Grafton: “E” is for Endearing

When I discovered Sue Grafton’s alphabet series, I couldn’t stop reading. There was so much to like, such as the first-person narrative, the ‘hard boiled’ detective storytelling reminiscent of noir greats like Raymond Chandler, and the intricate plot lines.

But there is more to her unique style. First, the stories take place in 1988. The characters use Index cards instead of computer files, and consult the Yellow Pages instead of internet searches. This technique enables readers to recall how the world operated in those days. We can compare the fictional Kinsey Millhone’s techniques with those of a modern day private investigator.

The second stylistic touch is the depiction of a familiar, repetitive life in the fictional town of Santa Teresa, a community created by the great mystery writer Ross Macdonald. Grafton substitutes Santa Teresa for her home, which is Santa Barbara, California.  There is a sameness — apartment, landlord, car, reports prepared on a Smith-Carola portable typewriter, the three-mile runs, the indestructible black dress, etc. — that puts us at ease, just like Detective Colombo stepping out of his Peugeot wearing his trench coat with a cigar pasted between his lips. Familiarity reassures us, and no one expresses a style to capture the recurring cycle of life better than Grafton.

It is a poetic twist of fate that Grafton died after completing the “Y” novel. She never wrote the finale, “Z” is for Zero. For that reason, the series remains on the seas of our imaginations, never reaching the final shore of its author’s design.

The McNally books evolved into a new series of Jane Ryland thrillers. However, like McNally, Ryland is a Boston-based reporter who teams up with Detective Jake Brogan. Despite the character changes, Ryan writes about what is most familiar to her: investigative work and news reporting.

Ryan can describe production crews, newsroom politics, the pressure of news deadlines, the hustle of rating season, and competition among local news affiliates in a credible way because she knows the business inside out. Remember what Twain said: Write what you know!

Jacqueline Winspear: History As A Backdrop

Jacqueline Winspear’s Maisie Dobbs series currently consists of 16 books. Dobbs, similar to the other female protagonists mentioned in this article, faces the vagaries of life with skill and determination. Like Grafton’s P.I., Kinsey Millhone, and Gerritsen’s homicide detective,Jane Rizzoli, she succeeds in a profession traditionally dominated by men.

Winspear wraps mysteries around the scars and losses suffered by ordinary people during World War I. She vividly portrays the tension and foreboding as her main character, Dobbs,  observes the rise of fascism. Some modern historians define the two wars as one major 20-year war; to some extent, Winspear’s historical rendition lends credibility to that theory. Her style conveys how the past lives on in characters, molding their character and affecting their future endeavors. As Faulkner wrote,

“The past is never dead. It’s not even past.”

Winspear’s style sweeps over time and geographical space. Her historical research enables her to depict life in the years between the wars, particularly for women. And the flawless research serves to bolster her credibility just as “writing about what you know” works for Ryan and Gerritsen.

The lessons we can take from these four writers referenced above are as follows:

Don’t stay mired in the same character. Shake it up. Try something new. Create new characters and keep the story fresh and edgy. Ryan jumped from a successful series with McNally to a new one with Ryland/Brogan.

Write what you know.

If you’re a retired teacher, don’t write about being a master spy. If you spent your career in national intelligence, don’t create a lead character who teaches middle school. Know your frame of reference. Readers appreciate authenticity and your credibility will remain intact. Gerritsen never discards her medical background, which is the backbone of many of her tales.

Choose a place, like Grafton’s Santa Teresa. Select a period of time, like Winspear’s depiction of the years between the two World Wars. Finally, create a protagonist, someone who reflects the best traits that you want to share with others.

The style and substance of all of these writers is definitely taken from their own life journeys. Their female protagonists are every bit as clever, resourceful, persevering, and bold as the authors are in real life.

These writers are trailblazers in their own right, whether in medicine or news reporting. In their fiction, they bring out a style that reflects the best of their individual accomplishments. It shows in a world made better by the work of Jane Rizzoli, Maura Isles, Kinsey Millhone, Maise Dobbs, Charlotte McNally, and Jane Ryland.

The moral is: be you. Be yourself in your writing and everywhere else you express your style. That style will find expression in your prose and resonate with others.

So what’s your writing style?

John Adam Wasowicz is a practicing attorney and author of the Mo Katz mystery series, including the newly published Roaches Run . His other Katz stories include Daingerfield Island, which introduced readers to Mo Katz, a defense attorney who had previously worked as a city prosecutor; Jones Point, with Katz in the role as U.S. Attorney for the Eastern District of Virginia; and Slaters Lane, about a fictitious criminal investigation that takes in 2020 during the pandemic. All of the books are available in paperback, ebook, and audiobook from major online retailers or through indie bookstores.

John dedicated his four books to his father-in-law, his wife, his children, and his nephews. He is hard at work on Book Five of the mystery series and the dedication is already written.

DOWNLOAD the full series of The Writer’s Workshop: Write Your First Book

The Writer’s Workshop (Part 4 Of 6): THE OPENING LINE

The Writer’s Workshop (Part 3 Of 6): Write Your First Book

5 Effective Strategies to Turn That Idea Into a Novel

The Writer’s Workshop (Part 1 of 6): Write Your First Book

The Writer’s Workshop (Part 3 Of 6): Write Your First Book