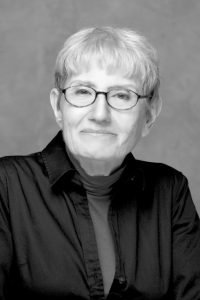 If there are people today who still believe that “three’s a charm,” I’m not one of them.  Not after breast cancer struck my husband and me for the third time.

The first two were mine.  I owe my opportunity for a continuing good life to early detection and a wise physician who was far ahead of 1984, when standard recommendation for any tumor – no matter how small – was mastectomy.  My doctor said “This did not develop in 10 days, so we can take 10 days to think of your best alternative.”  Our joint decision was for breast-saving lumpectomy with follow-up radiation, and I lived on without any problems for 12 cancer-free years.

My second lump surfaced in the other breast, and another kind of cancer altogether. Unlike the first, which I had found myself, this one was caught by mammography.  So in 1997, I was able to make a small contribution to research by taking part in a “percutaneous lumpectomy” study to help determine if early, small tumors could be considered “cured” with removal only – no follow-up treatments required.  Unfortunately, mine failed to meet requirements, and since further radiation was contra-indicated (bone necrosis in the chest might result from a crossover of new treatment with the old), I had a choice between mastectomy and lumpectomy followed by tamoxifen.  Always a fan of the least possible surgery, I chose the second alternative.  Five years later, sudden uterine cell changes indicated I should have a total hysterectomy – an easy call for someone already well past 60!

But worse news came a half-dozen years later, when I noticed a change in my husband’s left nipple that he had not. I wasn’t squeamish about telling him it looked like breast cancer to me, and he’d better get to the doctor asap.  His visit confirmed my diagnosis, and surgery followed, with lots of infusion treatments afterward.  We were glad for the several years of apparent good health that came afterward, but both of us knew the truth:  male breast cancer would be his death sentence, because like many other men, it was not detected early enough to defeat it.  Even as we enjoyed travelling together, it was working its dreadful way through his body…

Fred’s own doctors were never as forthright as the young intern at the VA hospital, where my husband had always gone once a year to keep his army benefits alive.  That day I went with him,  and heard this prediction: “You’re on a treatment now that is effective.  But one day, it will stop being effective, and you will start treatment with another medication.  And that will help for a while, until its effectiveness also fails.  And so forth, until at the end of this trail, there will be no more medications to try.  You are one of the few people who knows with certainty in advance what the cause of your death will be – unless you are unlucky enough to step off a curb and be run down by a bus first!”

We were grateful for the honesty, and made the most of the time Fred had left.  His final hurrah was a solo trip to India – a country he had long wanted to visit – with a senior men’s group.  And he had a wonderful time.  But when I came to meet him at the airport, he was being pushed in a wheelchair.  That was at the end of 2011, and it was downhill from there.  Bone metastasis – the usual life-stealing culprit of male breast cancer – had entered his legs and rendered walking difficult.  He took several “soft” falls and was able to pull himself up with my help, so we went on one more trip together – a paddlewheeler up one side of the Mississippi from New Orleans and back down the other.  But then, after we returned home, he took his final fall in mid-July of 2014, just a short time after my 80thbirthday party — the last event he ever attended.   That time, I had to call 911, and the emergency room doctor took one look and said to us both: “I would be thinking hospice.”  We agreed…

Fred spent a couple of days in the hospital while I arranged for his care in a familiar place where he had rehabbed before, since our two-story home doesn’t lend itself to hospice.  And in less than a week, he was gone – quietly. He could no longer speak, but I still hope he could hear the love being poured into his ear.

I am passionate about supporting efforts for early diagnosis of breast cancer in men as well as women.  I hope everyone will join me.  My Fred has left his story, and it is my responsibility to tell it…

A BTW postscript:  I was tested, and do not carry the BRCA gene; neither does my sister, who has also had breast cancer twice. But Fred’s doctor said male breast cancer is so strongly genetically related, he insisted on the test for all his men patients, and Fred did carry the gene. Breast cancer continues to remain a mystery that we must solve as well as cure!

Although only 1 in 1000 men will develop breast cancer, as compared to the 1 in 8 women, we will still lose an estimated 480 men to breast cancer in 2018. Men, yes, you have breasts too.  Check them. Know them. And, immediately consult your doctor about any abnormalities because breast cancer is not just a woman’s disease.