Skip to content
You are here
Home > All Trending Articles > The Secret to Successful Life Change: Focus Your Energy on the Future 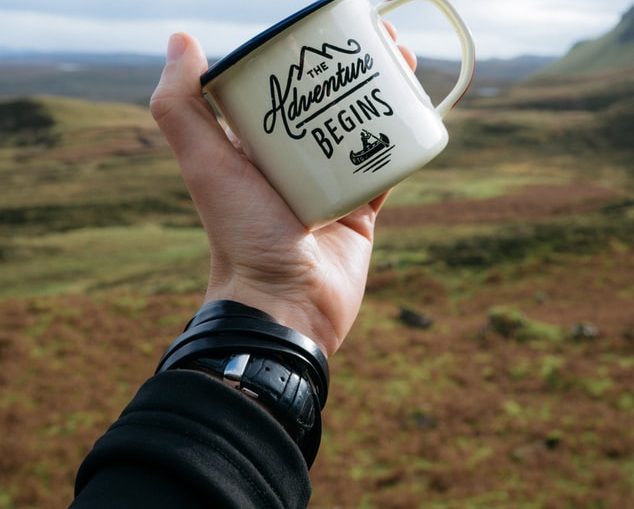 Socrates once said, “The secret of change is to focus all of your energy, not on fighting the old, but on building the new”.

It took me years to face my fears and make a difficult, albeit necessary, decision. Fifteen years to be exact. Though my journey was far from easy, I built a happy new life by looking forward to the future and didn’t look back.  So far, I survived 100% of my worst days. Here’s my story.

It was time for a change

It was a long time coming, and finally, I knew it would happen. I asked for a divorce. It was time and I was no longer afraid to leave. I was scared of the inevitable consequences, but  knew with certainty I would cease to exist if I stayed.  I began the overwhelming process required to separate myself from him weeks earlier; I closed bank accounts, obtained my own automobile insurance and took his name off the service contracts for our rental property. A stressful undertaking, overall to keep what I was doing a secret, but I was not to be talked out of my plan to be free.

Our divorce was final the day after our fifteenth wedding anniversary, which conveniently made the date easy to remember. On my own, the only people I knew were my co-workers and ex-husband’s family. The people in my office were mostly married with lives that did not fit into my new world as a single mom with three kids. His family, for obvious reasons, did not continue our relationship once our marriage fell apart.

Who gets the friends?

During my fifteen year marriage, I did not have my own friends, like a best girlfriend or whatnot. My closest female friend was the wife of my ex-husband’s dearest friend. Our children were good friends too. What a convoluted mess.  As he told ‘his story’ first, and I am certain I came off as the villain, he kept the friends and I was out. Problem solved.

My ex-spouse convinced me throughout our marriage that the only reason I had friends was because I was married to him. I was “unlikeable” on my own, he said, and let me know often I was not “good enough”. My confidence was shot after so many years of emotional abuse – I believed him.

Twist of Fate – A Jack West Novel by Deanna King

I found my way

Several months after the divorce, I took a courageous and uncharacteristic first step. I put on my “going out” clothes and headed to a club…by myself.  I met new people, laughed and talked, and can you believe it, I made friends! It was only then I realized people actually like me! This one small step (not so small for me) changed my life. My happy self returned, and so did my smile. Even my children commented I seemed happier. I stayed far too long in an unhappy situation for the sake of the kids, unaware they felt my underlying misery. I thought I covered my sadness well, but clearly my children picked up the negative vibes.

I boldly pushed ahead for many years, intent on creating a good life for my family of four. The road was not easy, especially financially, but we weathered the rough patches together. I worked hard, upgraded my skills, and landed higher paying jobs which ultimately led to homeownership and a new car. I learned to fix things around the house and did the yard work on my own. I did not need a man to take care of me.

Downsized – How I Switched Gears at Age 50+ by Deanna King

The best is yet to come

I dated over the years, careful for the most part not to give my heart away. Moving on is easy if you don’t allow love to be part of the equation. It was not until twenty-four years after my divorce that I was finally ready for a closer relationship. I met a patient and kind man who moved slowly, willing to give me the time I needed to open my heart to him. He loves me unconditionally for exactly who I am. And he shows me every day how much he cares in many different ways. And you know what? I deserve that. We all do.

I find myself amazed that after I turned 50, my life took a wonderful turn, not downhill, and not ‘over-the-hill’.  My life is now better than ever, more complete, and filled with fun and surprises at every turn.  I am not at all old – in fact, I am just getting started.

Change is scary…incredibly scary. But sometimes it’s the best option for all involved. I was frozen in place for a long time; once I made the decision to make a change I forged ahead and ultimately found strength I had no idea I possessed.

If you need to make a life change, don’t let the opinions of others determine how you feel about yourself. Know your capabilities and move forward with confidence. Somehow, one way or another, things work out. If I can do it, I know you can too.

is the official debut novel for Deanna King, and this is only the beginning of her plans for multiple books for her “Jack West” series.  The second and third novels are completed manuscripts, soon to be published, and the fourth Jack West novel is in progress. Jack is going to be very busy over the next few years! Her new fantasy/romance novel, “Saving a Sioux Legacy-The Story of Blaze” has a release date of August 13, 2020. She also wrote one children’s book called, “Gracie’s Stories“. Deanna lives in Texas with her husband Travis, her biggest fan, and one completely spoiled little dog.  Contact Deanna